Bad behaviour is on the increase in schools 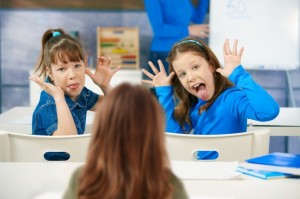 The renowned children’s charity Barnardo’s stated recently that problems at home or special needs may be the cause of unruly, bad behaviour of children at school. The charity believes that schools are not doing enough to address the root cause of such behaviour.

According to statistics from the ODE (Official Department for Education) the number of children requiring more support and assistance to deal with problems is increasing. Children with SEN (Special Educational Needs) are 9 times more likely to be expelled from school.

Teachers don’t have an easy job

Whilst Anne Marie Carrie, the CEO of Barnardo’s acknowledged that teachers don’t have an easy job, she said that it was essential they looked behind the behaviour. She stated “The most ‘out of control’ children may be the most vulnerable children facing horrendous problems at home.

“Pupils may also have undiagnosed special needs, and the earlier these are identified, the better chance they have to reach their full potential.

“We believe that education and a stable home are vital if children are to have a chance at overcoming disadvantage.”

The charity believes that children who are dealing with the problems of domestic violence or parents who are addicted to drugs will often be badly behaved.

Groups of children in schools with extreme behaviour

The Government’s “behavioural tsar” Charlie Taylor stated there were groups of children in schools “who show very extreme behaviour, very difficult, challenging, violent behaviour”, when he addressed the Commons education committee recently. He said that these children were often quite young and their numbers were growing.

Mr Taylor does not believe that the basic standards maintained in very well run schools were sufficient to deal with the bad behaviour of these children and that more assistance and “extra interventions” were needed.  He called for adequate behaviour management training to be delivered for all trainee teachers.

“Learning for children with SEN must be co-ordinated across the school, and the undervalued role of the SEN Co-Ordinator, or SENCO, is essential here.”

If your children are behaving badly at school, you might want to consider etiquette training as a solution. For more details contact me for an informal chat.