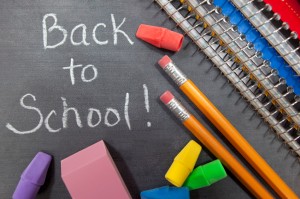 There is much controversy on many issues in the UK at present and the latest one that is causing debate across the country is the government attempting to dictate when our children will and will not take holidays or be absent from school during term time.

There are of course many facets to the debate but predominantly the education authorities are seeking a reduction in pupils’ absence from school when it is non-essential; and parents already struggling to make ends meet want to be able to choose when they take holidays. The cost of flights and package deals are considerably higher during designated school holiday periods and this means that many parents simply cannot afford them.

However, despite a lot of media coverage and advice from schools about absence many parents are confused about the new regulations.  So here is some information to dispel the confusion if you are considering heading for sandy shores during term time:

Will we get into trouble if we take our children on holiday during term time because we can’t afford to go during the designated school holidays?
Before September 2013 parents were permitted by the head teacher of any school to take 10 days from each school year in order to go on holiday with their children. However, when new legislation was passed in September 2013 head teachers can only allow time out due to ‘exceptional circumstances’.  Part of the guidance schools have received from the government on this indicates that family holidays are unlikely to be approved as a reason for a child’s absence from school.

It should be noted that parents may still get permission from the school for a child to be absent for the odd day but it’s not likely that the school would approve a full week during term time. If you do not obtain approval there will be consequences which I will come to later.

If my child can’t be absent from school for holidays what is meant by ‘exceptional circumstances’?
Whilst the Department of Education has seen fit to introduce legislation on children being absent from school it hasn’t seen fit to specify the ‘exceptional circumstances’ in which approval for such absence might be granted. It has been left to schools to decide based on their knowledge of their pupils and what they deem is best for them. This means that the head teacher can make a judgement on how many days a child can be absent from school, if any.

As far as parents are concerned, this causes some confusion since one school’s approach might be entirely different from that of another. Parents should look on the school’s website to learn about the school’s policy on absence from school or ask for clearly defined rules from their child’s school.

Would hospital / dental appointments or funerals count?
Under normal circumstances there have always been valid reasons for a child being absent from school so approval will always be granted for health related appointments and for funerals. However, it will be expected that the time taken is reasonable.  Absence from school is not likely to be permitted for a birthday celebration party or for distant relatives visiting.

Why does this matter so much? Couldn’t we just take some school books with us on holiday?
Surely a couple of weeks out of the school year won’t make a difference!

It’s possible that many head teachers would agree with parents on this issue but pressure from Ofsted to keep absenteeism low effectively leaves them with no choice but to follow the Education Department’s guidelines.

An in fairness, even if your child spent half the holiday studying the culture of the holiday location they are visiting and the other half immersed in their school books, they won’t be involved in the activities of the classroom.

The Department of Education’s perspective on the issue of absence from school is that the time a child spends out of school during term time equates to that child not receiving the education provided for them.  With teachers having to plan lessons around the child’s absence it disrupts the educational process both in terms of their classmates and the system generally.

“Time spent out of school during term time is never truly made up. Every day at school counts enormously for pupils but so does every consecutive day attended. Pupils need to be able to absorb new facts and knowledge, acquire new skills and consolidate those skills before building further and progressing. They simply cannot do that if their structured school terms are disrupted by too many preventable absences.”

My friend’s children can be absent from school for holidays in term time but my children can’t; yet the schools are within 20 miles of each other. Why is this?
Some schools continue to permit the odd day off for holidays and this just demonstrates that head teachers are not all looking at the issue from a black and white perspective. Most things in life have grey areas and this legislation on absence from school is certainly one of them.

Attendance records can play a part in whether or not your child will be able to take time off. For example, if a school generally has poor attendance figures, pressure will be brought to bear on the head teacher to improve those statistics. So even if your child has a perfect attendance record you might still be refused permission, although there’s no doubt that a perfect attendance record will help if the school has generally low absenteeism.  However, you can be virtually certain that if your child has been absent from school a lot, the head teacher is unlikely to be sympathetic to requests for more time off.

So does that mean parents won’t be able to go on holiday during term time until their children leave school?
Currently it does but all things can change.  A petition containing the signatures of more than 160,000 parents was presented to the Government and resulted in a parliamentary debate in February this year. Parents want the government to amend the legislation so that it is fairer. The solution proposed by the government is that term times can be set at the discretion of individual schools which is a great idea in theory but not so good in practice. This is because some parents have children in more than one school and of course, teachers may work in schools that their own children don’t attend.

What can the school do if we go ahead and book our holidays in term time?
The good news is that the school doesn’t have the authority to confiscate the family passports or to expel children because of this type of absence but the bad news is that the school can issue you with a fine of £120 per parent for each child. You will get a discount if you pay the fine within 21 days of £60 per fine.  Also fines are imposed for each period and not each day that your child is absent.

For some parents, paying a fine of £60 for each child may work out economically viable when compared to the savings they can make on booking holidays in June rather than August. However, make sure the fine is paid within 21 days because if it is left outstanding for over 28 days, you may be taken to court and criminally prosecuted.

You might want to contact your local council to find out more about these penalty notices and the circumstances in which they can be issued.