Changing childrens’ behaviour so christmas doesn’t have to be cancelled 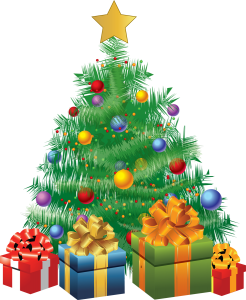 Recently, in the news I saw that an American couple from Utah had been struggling for months with their children’s misbehaviour. They felt their children showed a lack of respect and they were ungrateful with an attitude of entitlement.

Having warned the children, over a 7 month period that their behaviour would have to change or they would suffer the consequences to no avail, the parents decided to cancel Christmas. As can be expected their three sons aged 11, 8 and 5 did not react favourably to this decision and shed quite a few tears.

In addition the family embarked on charitable acts collecting unwanted clothes from their local area and donating them to a charity in the Philippines that would distribute them among people who had suffered the effects of last year’s typhoon.

Children were motivated
Her sons Beckham, Caleb and Davis soon became motivated when the first boxes had been packed and sent by mail.  The cost of mailing was quite high so the children learned that by giving the clothes to people who needed them, they also had to give up something.

In addition, on Christmas Day in the Henderson household, there will be elderly and lonely people whom they have invited to share their Christmas dinner.

Cancelling Christmas attracted mixed reactions
Lisa Henderson is a housewife, so stays at home to look after her children.  She shared the story of her “cancelled Christmas” on her blog and the post has attracted mixed reactions, some of them criticising her parenting skills. However, she has also had support from other parents and teachers who have congratulated her on teaching her sons the true meaning of this holiday.

So what do you think? Would your children’s misbehaviour cause you to teach them a lesson in this way or do you think it is too harsh?  Feel free to leave your comments at the bottom of the page.

If you would like any advice about children’s misbehaviour or etiquette classes to help children learn how to behave contact me and I’ll be happy to help.