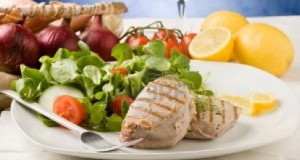 According to a survey conducted in the East Midlands by the British Heart Foundation children pester their parents to buy junk food. This apparently applies to more than 50 percent of 2000 parents who participated.  The study was conducted prior to Heart Month in February.

Their children, none of whom have not reached the age of 16 attempt to cajole them into buying junk food that they see on television advertisements.

37% of these children apparently pester their parents on a weekly basis, at least once.

In consequence, the British Heart Foundation wants to stop junk food advertisement appearing on television prior to the 9pm watershed and is pressing the government for the ban.

Should parents be blaming TV ads for their children’s love of junk food?
What is interesting about this is that parents appear to be blaming television advertisements rather than their own parenting skills. Children should not rule the parents!

There is nothing in the study that includes information on how many times per week the parents eat unhealthy takeaways and I would be very interested to know that. How about you?

The BHF appears to place the total blame on advertisements for junk food whether on the television or on the internet.  Hence to ban junk food advertising prior to the 9pm watershed is not necessarily going to have an effect, since they will still appear online at any time of the day or night.

Do hard working parents find it easier to buy a takeaway rather than cook?
Something else that isn’t taken into consideration is that in many families, both parents are working. Hence at the end of a long day at work it is often easier to pick up a takeaway rather than cook a meal. So in this respect again, parents must shoulder some of the responsibility surely. In addition, low income families may find it cheaper to purchase junk food than healthier options that require electricity or gas to cook. Poverty will doubtless play some part in this.

I’d like readers’ views on this. What do you think about TV advertisements featuring junk food? Can your children badger you into buying it? Let me know.

Parents can enjoy all neighbouring attractions around the area or do a spot of shopping while their children learn the fundamental points of dining etiquette. Please inform Niche Etiquette Children of any dietary requirements your child may need so that we can give the restaurant advance warning.

Dining Etiquette Classes in the perfect setting
The Millennium Bailey’s Hotel is an outstanding example of a beautifully restored Victorian London townhouse and is located in the most fashionable part of South Kensington. Highly popular, the hotel is stylish, combining character with tradition so it’s an ideal setting for children to learn Dining Etiquette skills. Providing many healthy options in the restaurant menu, your children will be guaranteed excellent nutritious food.

The hotel is directly opposite Gloucester Road Tube Station so you can’t miss it and it’s easy to get to for families.

For more information feel free to contact me at any time.