Etiquette in the Royal Household (I) 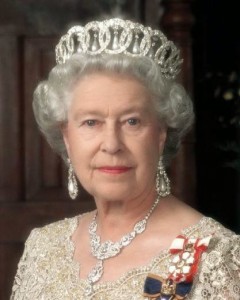 In the coming weeks I will be highlighting some of the traditional rules of etiquette in the Royal Household since so many of you have asked about it. Very useful reading if you are likely to be invited to a Royal event!

Her Majesty’s Commands
It’s fairly unlikely that you would find anywhere, other than the British Court, where it is recommended that uniforms, lounge suits or morning dress are worn by men and ladies should wear hats. It is still good form to wear white gloves but you have no need to worry that they will get dirty since the Royal Household is dust free!  Her Majesty will never personally invite anyone to a Royal event but rather command her Lord Chamberlain or other member of staff to issue the invitation on her behalf. The person chosen to issue the invitations depends on the event.

These commands vary considerably depending on how important you are. Dignitaries or Heads of State may be invited to huge and massively popular afternoon garden parties at Holyrood House or State banquets at Buckingham Palace.  For more lowly people, invitations are more likely to be issued to attend small garden parties, an investiture or a service for the Order of the Garter.

How to respond to a Royal invitation
Cream envelopes are used for all Royal invitations and only the wife’s name will be written e.g. Mrs David Brown (never Mrs Janet Brown) when married couples are invited. The envelope will not only contain the invitation/command but also the time of arrival and departure, where to park and the dress code for the occasion. You, as a “loyal and dutiful subject” will not consider declining such an invitation since it is not good form unless there are exceptional, extenuating circumstances. The RSVP also follows a specific protocol as follows:

An example of a correct reply is below:

“Mr and Mrs David Brown present their compliments to the Lord Chamberlain and have the honour to obey Her Majesty’s command to luncheon on 6th August 2014 at 12:30 o’clock.”

Clearly different rules apply for divorced persons in terms of to whom the invitation is addressed.

Keep an eye on our blog throughout this week for more about etiquette in the Royal Household.