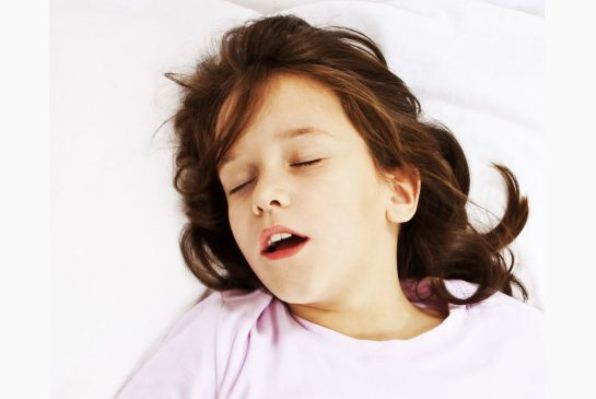 If you child snores or has other breathing difficulties at night, there is a risk of behavioural problems according to a recent study printed in Pediatrics, a US Journal.

The study of 11,000 children resident in the United Kingdom found that hyperactivity, among other conditions, was more likely to develop in children who suffered from snoring or sleep apnoea. Dr Karen Bonuck, who led the research, stated that problems with sleeping could be harmful to brain development.

2 to 4 percent of children suffer from sleep apnoea and 1 in 10 children snore regularly, meaning that respiration is interrupted and obstructed during sleep, one estimate suggested.  These conditions are often caused by enlarged or swollen adenoids or tonsils.

However, this latest study is more comprehensive and offers a clearer view.

Reduction in oxygen supply
Parents were requested to record the extent of both sleep apnoea and snoring during the first 6 or 7 years of their child’s life in a questionnaire,   to fill in a questionnaire in which both the level of snoring and apnoea were recorded in the first six or seven years of life, and contrast it with their own assessment of the child’s behaviour.

Between 40 percent and 100 percent of children with respiratory issues have a greater likelihood of developing neurone-behavioural problems by the time they reach 7 years old, according to Dr Bonuck, from the Albert Einstein College of Medicine at Yeshiva University in New York. She stated that these behavioural problems, due to sleep respiratory issues in children could manifest in several ways since a reduction in the supply of oxygen to the brain, can not only disrupt the balance of chemicals in the brain but also interrupt the restorative processes of sleep.

Prior to this study, there wasn’t any strong evidence that respiratory problems during sleep preceded behavioural problems in children such as hyperactivity.  However, this research has proven very clearly that there is a strong link that these symptoms are causing the problems.

Mention sleep problems to you GP
Marianne Davey, from the BSSAS (British Snoring and Sleep Apnoea Society), stated that issues the young have during sleep were not sufficiently recognised as the reason for poor behavioural problems in children.

It is recommended that parents should mention sleep problems to their GP since many children are wrongly diagnosed with ADHD, and often prescribed drugs for the condition, because parents and GPs do not make the connection between interrupted sleep and the ensuing behavioural problems in children.  Clearly if this connection was made and a solution found to the sleep problem, the behaviour of our children could be improved very quickly.