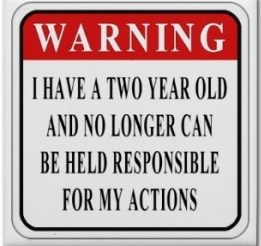 We’ve all seen temper tantrums, whether it was one of our own or a friend’s child; on many occasions we would have witnessed it in the supermarket.   But how do we know the root cause of such a sometimes violent outburst from a small child?  We usually put it down to their age, but what if it persists long after the accepted or usual period of time?

Do we hope that it will just go away with no intervention or at least further investigation?  I think the answer to that would probably be yes in perhaps most instances and I have had first-hand experience with this on a personal level.

How do you deal with a small child who seems to think that it’s acceptable to throw glass bottles at others?   Obviously you try to explain to them that this is not acceptable behaviour, but how can you be sure that you’re doing the right thing in the right way? How do you explain to this child’s sister, who is only 2 years older than him that her little brother has had one of his temper tantrums but didn’t really mean to hurt her? When in fact her little brother did mean to hurt her and all of the other individuals who have been on the receiving end of this kind of behaviour.

The same child will not stay in bed and gets up repeatedly until you feel like pulling out your own hair. That’s when you start to think about all the other behaviours this child has been displaying from quite a young age, such as repeatedly rocking back and forth whilst in his cot and deliberately banging his head against the spars in the process; very rarely showing signs of being in pain while doing this and only crying with anger it would seem.

Don’t get me wrong, he could be a loving and caring little boy, especially with the most prominent people in his life.  Unfortunately his mother wasn’t very prominent, but he had so much love and a lot of fun with his young aunts and uncle. The most important person in his life was his 15 year old aunt….she quite literally couldn’t get out the door without him screaming after her. He was such a lot of hard work, with so many temper tantrums, and just trying to keep him under control was a full time job. By the time he was just 2 years old, he had injured his sister on quite a few occasions, and his 7 year old uncle.   He was a big boy for his age and very strong, of mind and physically, along with seemingly feeling no pain.

He was eventually seen by Social Services as his temper tantrums developed into more and more violent outbursts and were becoming more frequent and he was hurting himself too.  It was very hard for his aunt, as she had such a strong bond with him and didn’t like leaving him, so for her to relinquish this to a certain extent was difficult. His mother had never taken him out to the park or to any social gathering, so his social skills were far behind most other children of his age.  His aunt took him out as often as she could, but it wasn’t her job or responsibility as she was still a child herself.

As it turns out he was eventually diagnosed with quite a few different problems, which were ultimately caused by his mother’s lack of bond and interaction with him. He has been described as one of the most damaged children seen in more recent times by more than one professional.   Some of the “labels” attached to this young boy, who is now 7 years old are – severe detachment disorder, severe emotional and social disorders, inability to express emotions and no feeling of pain or expression of being in pain. We see children most every day who have temper tantrums and hissy fits, but do we know for sure the reason for this behaviour? The answer to that is no.

Non engagement of parents with their children plays a huge part in their development and their ability to integrate with the rest of society.  It’s easy to pass judgement on the parenting skills of people when we see them out and about with badly behaved children but we should never make assumptions without having all of the facts and information.  What do you think Taryn?

I think you are absolutely correct in saying one should not make assumptions in these sorts of situations, as no one knows what each family is actually going through. Why has this child’s behaviour turned out this way?

Well of course there are far deeper reasons for the child’s actions on a much broader scale. Neglect by his own mother in the first two years of his life is going to form a huge detachment from other humans.  It seems in this circumstance there has been a lot more to deal with than just a normal child from a normal upbringing going through a normal tantrum stage of development and when I say the word “normal” I’m putting it in the context of a child being brought up in a loving home with a lot of care and attention who has no disorders from neglect or similar. With regards to this particular child, there has been a huge part of having to deal with not just the tantrum stage but a much deeper issue involved in the situation.

Naturally, the importance of rearing a child with such disorders is extremely difficult. Hats off to any parents or carers who have had to deal with such an angry child or a child with huge learning disabilities or disorders; there is no question that this is one of the hardest jobs mother nature has given to any family or carers involved. When this sort of situation has occurred it is so important to get a deeper understanding of what is involved and for social services and professional doctors to be there every step of the way. If a child has been brought up in the first two years of their lives being ‘caged’ and never allowed to express themselves or interact with other kids, this is bound to happen.

A build-up of anger not just toward the family but toward themselves happens as they have no one else to lash out to. This anger can come out in the form of ‘who else is there to lash out to other than myself?’ and therefore they build up a pain threshold not just physically but psychologically toward themselves. Their survival instinct kicks in and this is their way of ‘survival’. Sadly this child may grow up to be angry and dislike himself as much as other people around him if he doesn’t start some form of training to build his social.

Music groups he may just love where he can really start to express himself through dance if he is not very verbally communicative; perhaps playing soft music for him in his bedroom will calm him down and start to tune his mental state in a different way. More clinical involvement is needed in this case in a huge way. Where is the child now? Is he in an environment where he is able to interract? Does he have a full time carer watching him 24/7 in a social home so that he does not lash out and so that he learns the fundamental basics of social skills? Is he kept away from his siblings so that they do not get hurt and are brought up not feeling abused by their brother? Is he back at home with his Aunty or Uncle carrying out all the parental duties? There are so many questions I would need to ask you to discuss this situation. Although when it comes to clinical questions it is best to go to the people who are particularly focused on giving you a ‘clinical’ answer for this particular child. This is the direction I would personally veer you into. I really hope the services involved have tried their very best to sort out this unique situation, not only for him but also for the rest of his family. I wish the child a lot of love, care and attention. If you would like to contact me on a more personal basis then please feel free to do so at: nicheetiquettechildren@gmail.com. Going into more depth on this topic in a public arena would not be my way of dealing with such a situation. Do take care and perhaps I will hear from you again.

Incidentally, thank you so much for bringing-up this particular case; it’s really an excellent topic to share with me.